is an annual conference where partners gather to hear the latest technical and sales information.  This year it was held in exciting Las Vegas at the sprawling Venetian conference center.  Coverage of Summit is always tricky because, while it is a partner only event and mostly covered by NDA, there are aspects that are already public.  This article will strive to keep the balance and leave what happened in Vegas--well, safely behind in Vegas.

This year Lewan sent four engineers to take part in the festivities. We came back with our heads full of announcements, product updates, and experience with what is coming next.  It is going to be an exciting year for Citrix customers. 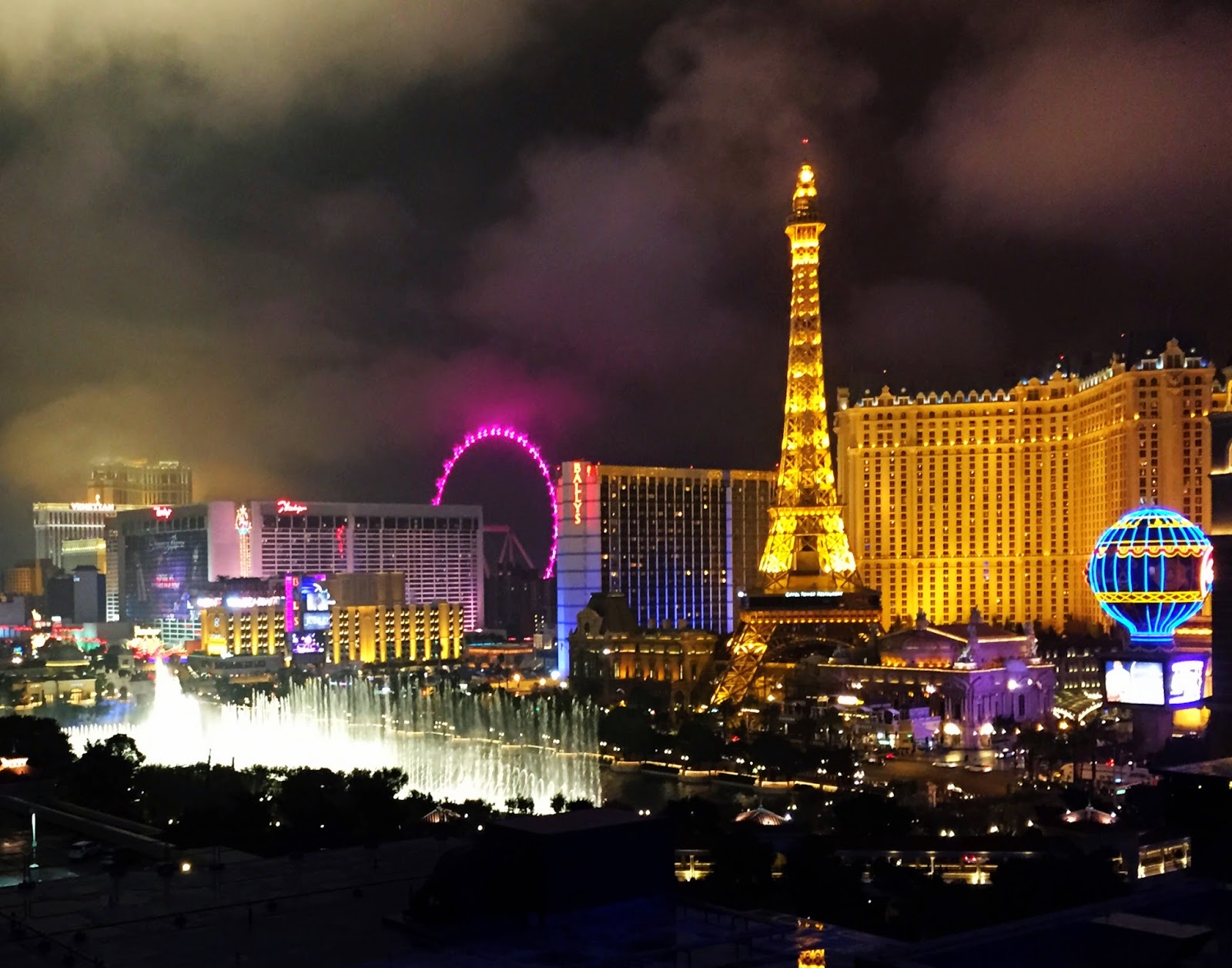 Mark Templeton is back at the helm as CEO.  This is excellent news as the 20 year veteran of Citrix is beloved by both employees and the industry.

Citrix acquires Sanbolic.  Sanbolic allows customer deployments to be geo-distributed across multiple locations and to scale in a linear and predictable manner.  We will have to wait and see what this means for Citrix's product portfolio.

WorkspacePod Powered by HP is announced.  The solution is integrated Citrix infrastructure software with HP's Moonshot platform.  HP considers this integrated compute, storage, networking, plus GPU to be the next step beyond hyper-converged infrastructure and they have labeled it ultra-converged.  Time will tell if this moniker will be adopted by the industry.  A tech preview is expected to be available Q1 of this year.

Workspace Cloud is announced.  Formerly Workspace Services, Workspace Cloud is a revolutionary new way to deliver Windows and mobile apps, data, and desktops.  I say revolutionary because it is clearly a new way of thinking.  I had several discussions over the week with some people hesitant on how this would incorporate in their environment and others who cannot wait for it to be released.  This is by no means a desktop as a service (DaaS) play.  Citrix is very specific with the choice of the word workspace.  To quote Mark T, "the desktop is to the PC-era as Workspace is to the Cloud-era".

XenMobile 10 is announced.  XenMobile 10 represents a big step forward for the product in areas like security (FIPS 140.2) and flexibility.  Our hands-on experience makes us believe the people most excited about this release should be the administrators as significant steps have been made to make this product easier to deploy and use.  Users get updated Worx apps and a new self service portal for tracking, locking, and wiping lost or stolen devices.

XenServer 6.5 is announced.  Major improvements have been made to the hypervisor in the areas of performance.  The new 64-bit kernel architecture has resulted in dramatic improvements in networking and storage performance.  I do not have the numbers in front of me but I remember my jaw dropping in the keynote because some of them had triple digit percentage improvements.  The timing could not be better with the uptick in XenServer deployments in 2014 due to industry leading support of NVIDIA GRID vGPU technology.

Improvements to XenApp and XenDesktop are coming.  Citrix is hard at work improving their flagship products.  Enhancements are coming to Microsoft Lync optimization and session recording will be added to Director.  If the last one sounds a lot like SmartAuditor, it is because I believe it will be replacing that functionality.

XenApp and XenDesktop technology previews are coming.  DesktopPlayer for Windows will be a welcome addition for offline virtual desktop and BYO Windows users.  Linux fans rejoice, a virtual desktop agent is coming.  The most exciting thing I witnessed (at the conference ;) ) was the integration of Framehawk into Citrix's already amazing HDX protocol.  Framehawk is the special sauce that overcomes very challenging network conditions like high latency (often seen in cellular) or packet loss (often seen in poor Wi-Fi).  Check out the pre-Citrix acquisition video from a few years ago below to see why I am excited.


The demo lab is already being prepared to make room for all of this awesome tech.  All of these updates are bound to set the stage for an exciting week in Orlando at Citrix Synergy in May.  For more information, do not hesitate to contact us.
Tweet
Posted by Brian Olsen at 7:48 PM 0 comments Labels: brian olsen, citrix, feature, summit

Purpose:
This article explains how to resolve the error, "VSISetup has stopped working" while setting up LoginVSI.

Symptom:
During the install process of the LoginVSI management console the setup program crashes shortly after starting it. 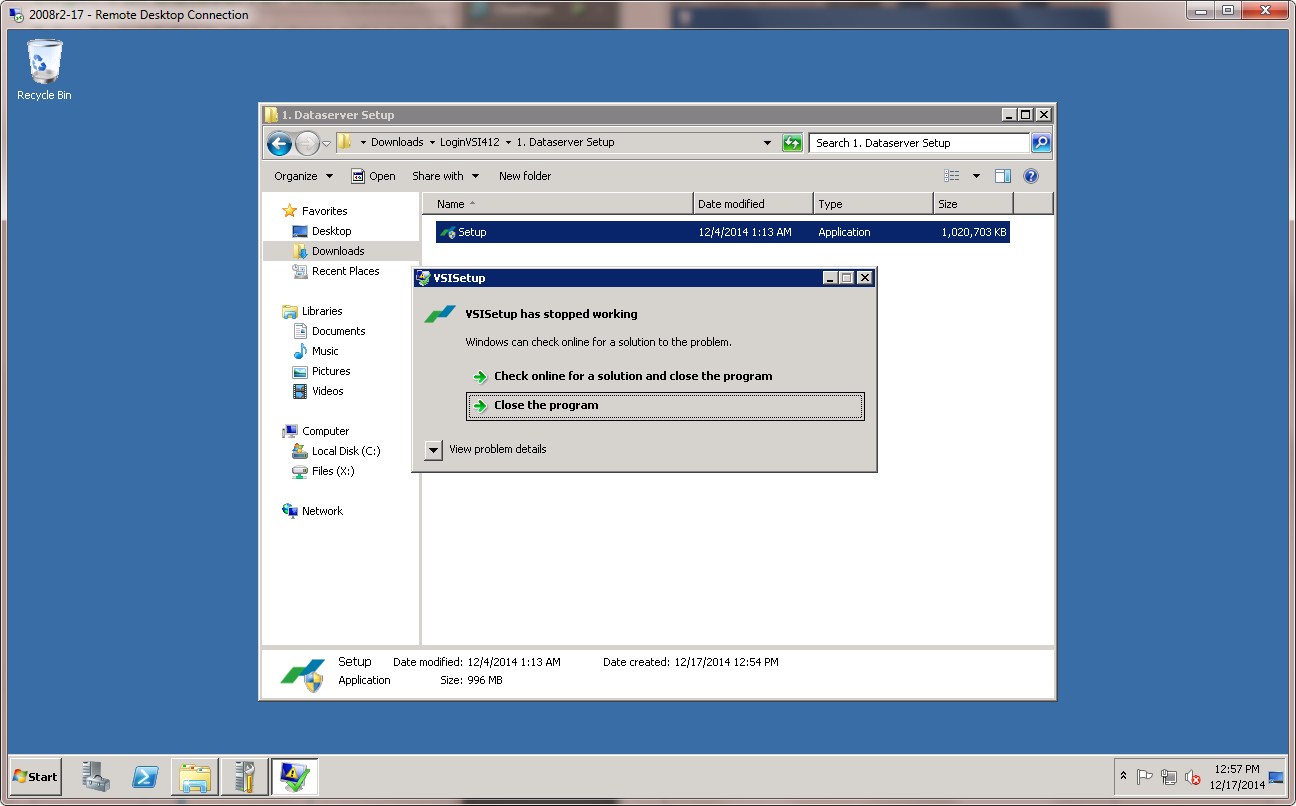 Resolution:
Add the .NET Framework 3.5.1 using the Add Features wizard.  Before continuing on with the LoginVSI install, run Windows Update and patch .NET.  This can be time consuming as there are lots of updates available and may require a reboot or two. 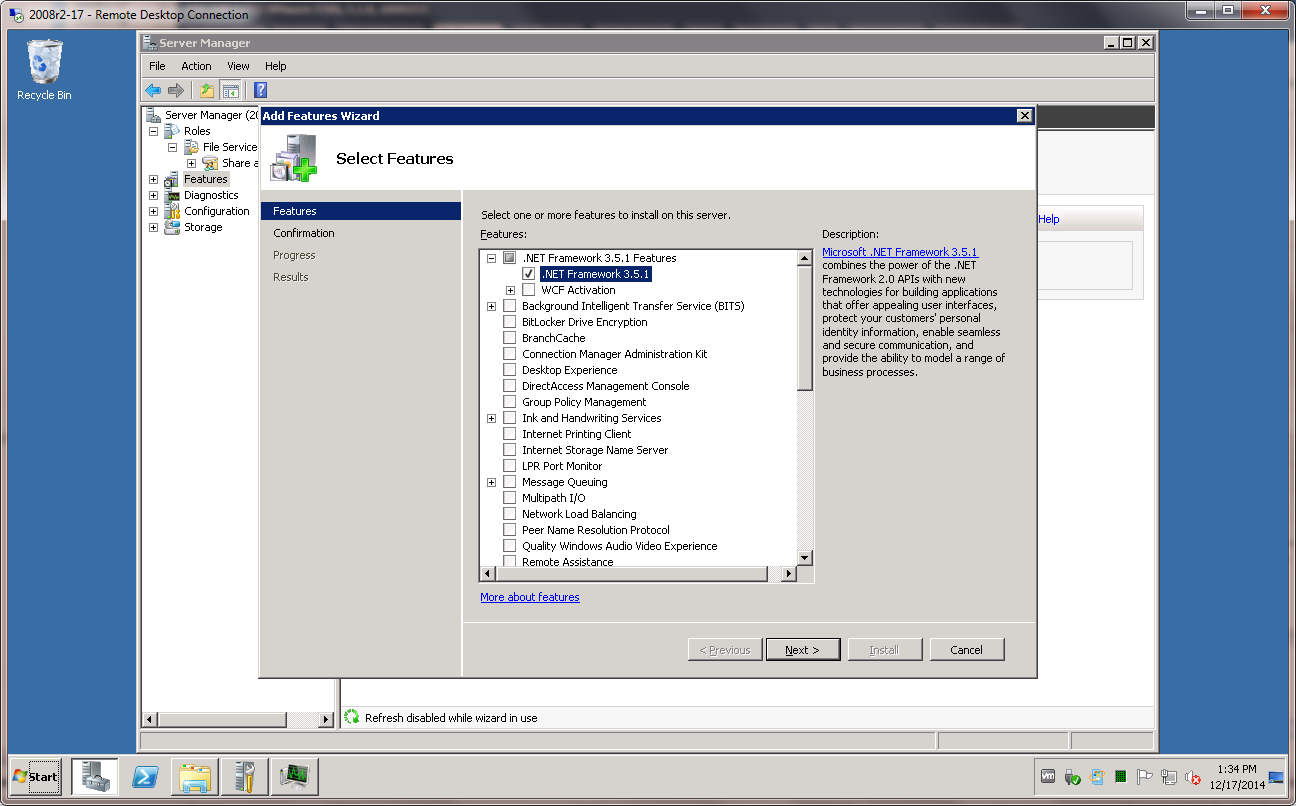 Cause:
While it is documented in the excellent install guide, it is easy to forget that the default install of Windows Server 2008 R2 does not have .NET 3.5.1 installed and it is required.