Don't Use Your Physical Image in Your Virtual Environment 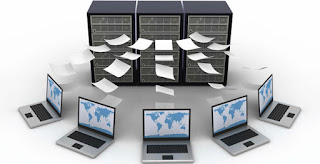 Are you using SCCM, WDS or other deployment tools or have been asked to when deploying your virtual desktops or virtual application servers? If so, there can be some serious issues with this. I am often asked about by folks wanting to deploy Citrix or VMware Horizon images using the same image that is used for physical endpoints. Not only is this a bad idea, it can present performance ramifications and also make it so that best practices are not followed.

I always have been a believer that hand building the operating systems for virtual desktops and application delivery servers is the best approach because it ensures we know what went into the image. I understand the grips of manually installing the applications and the extra work but the extra work now can save a lot of headaches later and the reason of "this is how we build out images" is not a good enough reason to justify using the same image in the virtual environment.  Often and in most cases the deployment person and the virtual desktop environment are not the same person. They build images on physical endpoints or on a completely different hypervisor, they never optimize the image and just let things fly. Since these are physical endpoints they have dedicated hardware and rarely if ever do they experience any issues from being unoptimized. In the datacenter, on a virtual desktop or an application delivery server which share host resources with other virtual machines we need to optimize things as much as possible.

Here are two examples of recent environments where there were issues with using SCCM to deploy the same image as physical endpoints:

Long story short, when building the images for your virtual desktops and application delivery servers be careful how you approach this. As the common adage is "you can’t build a house on a bad foundation" and doing things incorrectly could lead to a bad user experience.